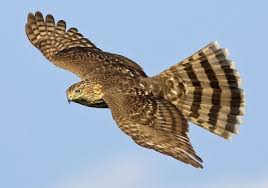 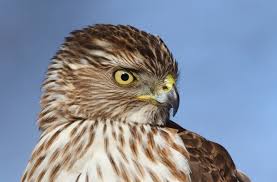 I was driving behind a school bus this week heading to work, engaged in my morning breathing and chanting when I witnessed a Coopers Hawk fly under the bus. He was rolled over a before flying out to the side of the road. I quickly pulled over and put my hazard lights on the see if he was alive and needed care. As I approached I saw that the hawk was alive but clearly stunned…I mean who wouldn’t be after rolling under a school bus.

I wasn’t thinking about anything except can I help this beautiful creature. My daughter had witnessed a similar bird of prey, car encounter a couple weeks ago and found that a beautiful Bard Owl had not been as fortunate as this smaller Coopers Hawk. I gently smoothed his wings and picked him up to warm him a bit and assess his need. He looked directly at me as I picked him up and did not try to fly or bite…he was just assessing me in the same way I was assessing him. After holding him close and sensing he was stable I set him down on the ground. He looked a bit frazzled like this picture below (which is a juvenile Coopers Hawk) and was lifting each foot as if to see they were still attached. He shook out his wings and then looked at me again as I was crouched down next to him talking softly. 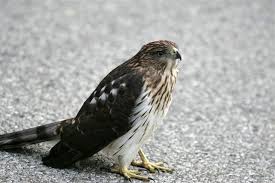 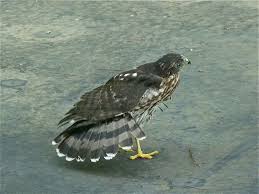 I was trying to determine if I should let him be or attempt to bring him to a bird of prey rescue center such as VINS in Woodstock Vermont. It was at that point that I said to him can you fly and like a fool showed this hawk what I meant by raising my arms as if to fly. He looked again at me and then flew from the roadside into the woods where he had a rather clumsy landing. I knew there was nothing else I could do as he had returned to his world…so I got back into my car and said a little prayer that he would be okay. I also said a prayer of gratitude for having received this beautiful gift to encounter so closely and intimately this bird of prey that I admire often in it’s natural habitat where I live. 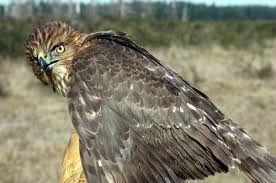 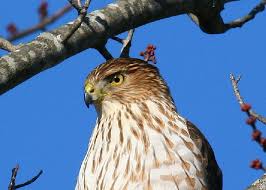 What does the Hawk teach us as a spiritual guide?

“When you have the hawk as a spirit animal, you may have an inclination towards using the power of vision and intuition in your daily life. The hawk totem provides wisdom about seeing situations from a higher perspective, using the power of observation, and focusing on the task at hand. It’s a good companion to develop spiritual awareness.”

“Hawks teach us to look at a situation from a different perspective.  Hawk holds the key to higher consciousness and trying to bring certain things into your circle of awareness. Know that enlightenment is imminent.

Hawk often represents the ability to see meaning in ordinary experiences if you choose to become more observant.” 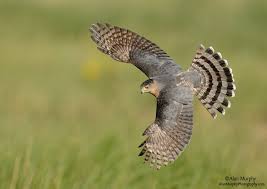 I encourage you to explore what you can do to help preserve these and other birds or prey. I love going to sanctuaries to see them and learn more. Vermont Institute of Natural Science http://www.vinsweb.org/ is one place I love to promote.

I am grateful for the experience and hopeful that my encounter with this beautiful hawk will inspire others to take great care in how we live with our animal brothers and sisters. We are guests in their world and are wise to tread lightly on this Earth.