My kitchen remodel is nearly done and it’s looking great! We have had a ton of fun cooing together this past week and learning where things are as we go. The contractors will return after the New Year but for now it is just my kitchen. Sharing it here with my daughters, Hannah who flew in from California and Kristen who came over to bake.

I hope you all are enjoying this season of family and friends. It has been quite busy in my kitchen and I’d like to share a couple recipes with you that we like to make. The first is so delicious and yet so simple and comes from The Kind Diet Cookbook by alicia silverstone. 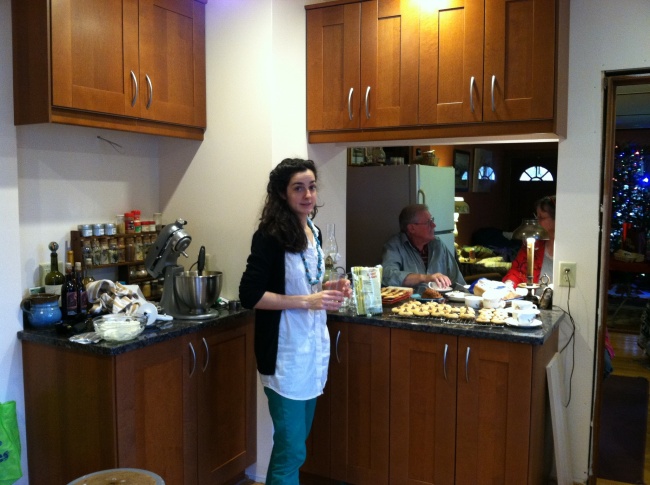 The refrigerator in the background which is my living room is going to the Habitat for Humanity Re-store soon!

Off to see Shakespeare and Company It’s a Wonderful Life: A Live Radio Play with all my Children. Photos and story to follow.

Kira and her pal Pooh approve of the kitchen remodel mostly because they can see out the new back door.

Be Well and Enjoy!